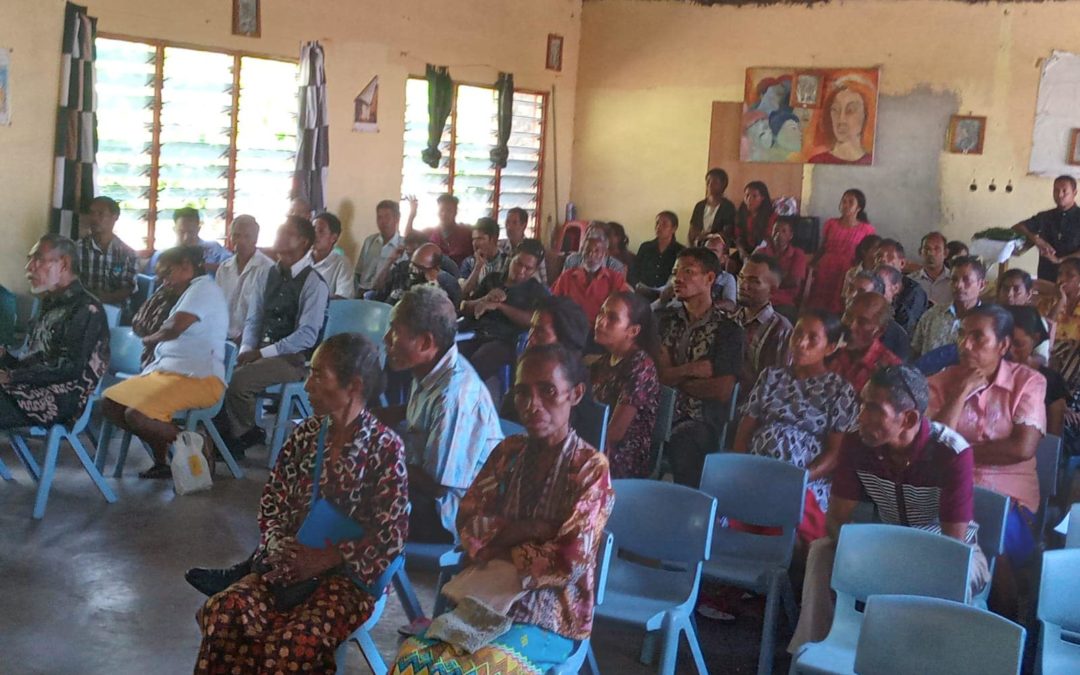 On January 23, the Pastoral Assembly of the Christian (Catholic) community of Makili took place. It is a good “inheritance” of Fr. Luis, usually held annually, although in recent years, partly due to the pandemic, it could not take place.

The day began with Sunday mass at 9 in the morning. Later, a coffee shared by all the participants in the Assembly, about a hundred people.

A local dance before entering the room. And, in the room, presentation of the three themes chosen in the pastoral council: the economy of this Christian community, the Piarist proposal of “hatutan Calasanz” (non-formal education of children in the afternoons) and a general review of the pastoral.

Then they went on to work in groups. This moment closed with a shared meal, for about 130-140 people, including the children. And then the sharing, dialogue and synthesis of conclusions, ending around 6:30 in the afternoon.

A very complete day with its fruits, among them the renewal of the pastoral council, electing the representatives. The conclusions will be reviewed and implemented, where possible, by the new pastoral council.

When speaking of synodality, we believe that this can be an example.